Actress Jacqueline Fernandez says she has tried to pay tribute to Bollywood’s dancing diva Madhuri Dixit Nene through her version of foot-tapping number Ek Do Teen in Baaghi 2. Asked if there was any pressure when she first heard that she was going to recreate Madhuri’s iconic song, Jacqueline said, “I think that was my first stress that how can we recreate something so iconic like ‘is it even possible’. It made a lot easier for me when I understood that it’s not possible, we are not trying to match up to what Madhuri and Saroj (Khan) Ji did.

“We are honestly here as big fans of their work and more than anything, this is honestly a tribute to the amazing, iconic number that they gave to us. For me as an actor, this is such an honour and a lot of my colleagues were like, ‘we are so jealous that you doing Ek Do Teen So for any girl this would be a dream song to do.”

The starlet, who interacted with media after wrapping up the song on Saturday at Yash Raj Films studios, also said that she feels blessed to get an opportunity to dance on the foot-tapping number from the 1988 film Tezaab for Baaghi.

“I feel really blessed that I have been given this opportunity by director Ahmed Khan, Sajid Nadiadwala and Ganesh Acharya. I always knew that I never ever would be able to match up Madhuri and that’s not even something I am going to even attempt because you can not replicate someone like her. There is only one Madhuri Dixit and I know that this is just my tribute to her.”

“I have connected with Madhuri Ji. We will be chatting little more about how the song went once it has done because right now, I am under a lot of stress. My only focus over the past week has been this one song and of course, they (Madhuri and Saroj Khan) will be the first persons to whom we will show the song. We have already taken their blessings,” Jacqueline said. 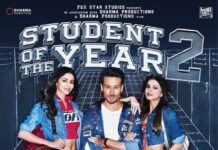 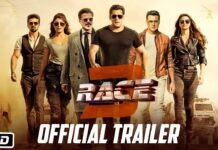