Director Kiruthiga Udhayanidhi’s Kaasi Telugu Movie Review starring Vijay Antony, Anjali and Sunainaa has received mixed reviews and average ratings from the audience and critics. Kaasi Movie is the dubbed version of Tamil Film Kaali. Besides direction Kiruthiga Udhayanidhi has also written the script for the movie, which has been produced by Fatima Vijay Antony under the banner Vijay Antony Film Corporation. It has been censored with a U certificate and its runtime is 2.13 hours.

Bharath (Vijay Antony) is a well-established doctor who worked in New York City, haunted by a recurring nightmare. When his mother suffers kidney failure, he tries to donate his kidney but it does not match. Then Bharath came to know that his parents are not biological parents, he comes to India and start the search of his parents.

He comes to his hometown Kancherapalem and finds about his mother and also that she was cheated by a person which resulted in her pregnancy. He starts the search of his father. Who is Bharath’s father? How does he find his father? To get these answer one should watch the movie on a silver screen.

Kaasi Movie has an interesting plot, but Kiruthiga Udhayanidhi has failed in executing it in a convincing way. The movie is slow and dragging and it lacks logic in parts. The second half of the film is a tad better than the first where the actual story unfolds, say the critics and audience.

Performances: Vijay Antony has played triple roles and he has done justice to all of them. His performance is the highlight of Kaasi. Anjali and Sunainaa have also done good jobs and their chemistry with the hero is one among the attractions of the film. Other artists have done well, say the critics and audience.

Analysis: Overall Kaasi is an average entertainer movie. Except for Vijay Anthony’s sincere performance, this film does not have anything that will interest the audience. So, look for better options to kill your time this weekend. 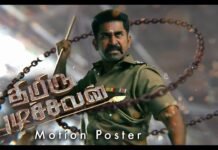 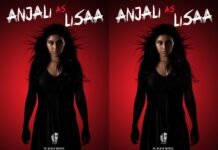 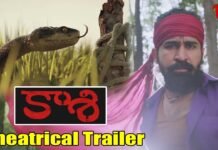