The young Rapper Mac Miller Passed Away at age of 26. According to TMZ, Miller died of a possible drug overdose in California on Friday. Miller who was known for drug addiction was recently involved in a car accident. On August 21, the Los Angeles Attorney’s Office had filed charges against him for driving under the influence of alcohol, reported The Hollywood Reporter.

After the accident, he was booked for a hit-and-run case and was arrested on May 17. Had he been convicted, he could have faced a jail term for six months. Miller collaborated with big names in the music industry included ‘Maroon 5’, singer Pharrell Williams, and even did a tour with rappers Lil Wayne and 2 Chainz. His debut album ‘Blue Slide Park’ in 2011 topped the music charts. 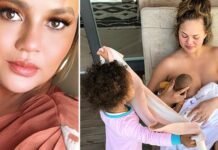