The Bollywood much-awaited flick ‘Namaste England’ starring Arjun Kapoor and Parineeti Chopra, the trailer has been released here on Thursday. The 3 minutes long Namaste England Official Trailer narrates the story of lovebirds Param (Arjun) and Jasmeet (Parineeti). They meet fall in love, get married and then separate only to reunite in the climax–a typical Bollywood love story setting.

Replace Alia with Parineeti and Varun with Arjun with little modifications and you get the narrative of Namastey England. Parineeti’s character Jasmeet, an ambitious and driven girl, flies away to London and a lovestruck Arjun is ready to go after her “legally or illegally”. Writers Suresh Nair and Ritesh Shah have presented them as a couple with opposing beliefs.

The off-screen camaraderie between Arjun and Parineeti Chopra shows in their on-screen chemistry too and the two make for a delightful couple. The Namaste England Official Trailer of the films says, “Fall in love like never before.” After watching the trailer, one can only hope for some nuance in this regular rom-com story.

The Namaste England is second in the Namastey London franchise. Starring Akshay Kumar, Katrina Kaif and Rishi Kapoor, the 2007 film was received well by the audience and is one of the much-loved Bollywood romantic dramas. Directed by Vipul Amrutlal Shah and produced by Reliance Entertainment, the film is slated to release on October 19 this year. 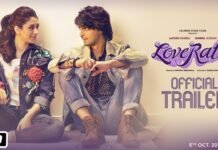