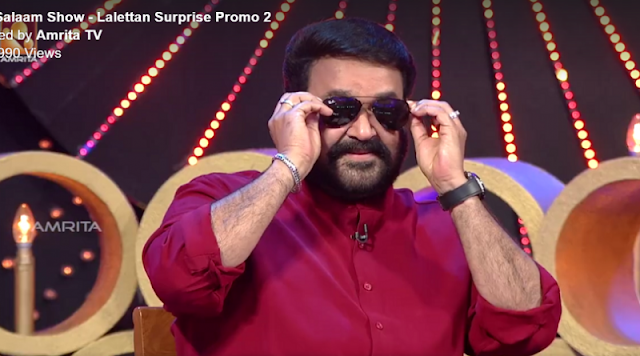 Superstar Mohanlal’s much-awaited television show Lalsalam is all set to go on air shortly. Lalsalam which will be hosted by Amrita TV is set to premiere on August 18, Friday. Actress Manju Warrier is said to be star guest on the show.
Several celebrities including KPAC Lalitha, Nedumudi Venu, KS Chithra and Stephen Devassy among others will appear in the initial few episodes of the show which will have Malayali’s own Lalettan as the host. Lalsalam will mark the official small screen debut of Mohanlal.