Actress Neha Sharma is becoming a social media star but unfortunately for the wrong reasons. Last seen in the Bollywood film Tum Bin II, she is more in news for her workout videos. Unfortunately, this time people have been speculating ridiculous things for her thanks to one morphed picture. The actress a few days back had shared a morning selfie in a bedroom on her Instagram account. With easy accessibility and few clicks, it is not a challenging task to morph pictures.

Actress Neha Sharma selfie was morphed by placing a sex toy in the background and widely shared on Facebook, Twitter and even on WhatsApp. People made a big joke out of it without realizing it is a fake, so much so that the actress herself had to pay heed and give a clarification.

The actress expressed the sad situation of things on her Twitter account, posting her original picture once again. She wrote, “It’s sad how misogynistic people can be..stop morphing pics and get cheap thrills out of it..this is the original pic..” We quite agree it was indeed a cheap stunt by whoever started it.

People then started sharing the picture and making jokes on it, some even calling her a shame. Look at the kind of jokes that were shared on the morphed picture.

Shame on you neha sharma pic.twitter.com/qPbDTl00fV

Neha Sharma, then herself gave a clarification and posted the original picture again. Take a look at Neha’s tweet:

It’s sad how misogynistic people can be..stop morphing pics and get cheap thrills out of it..this is the original pic.. pic.twitter.com/fmTqxtllYg

To get a picture of reality, many women do use sex toys and it is their personal choice. How does calling it a ‘night friend’ and laughing off making it better? The actress even took down the picture from her Instagram. This mentality of ‘shame’ needs to be wiped off but moreover, it would be better if Neha Sharma would have rather spoken up on the issue. Ideally, when the society is talking about it, she could have addressed the concern. The problem is not with using sex toys but the mentality associated with it. 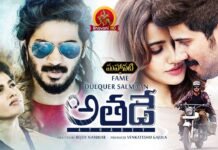