The Director Ram Gopal Varma and Nagarjuna Most Awaited Film Tilted as Officer. The Makers Have Released Officer Movie First Look Motion Teaser In this film actor going to play cop role. Nevertheless, it seems King Nagarjuna and RGV are very confident that they have got a winner in Officer.

Recently, Nagarjuna shared a few stills from the film saying that he is excited beyond he can describe.“28 years ago a film called Shiva changed my life and now again another film/what I’m feeling now is something I cannot describe! I only wish that life was so exciting every day #NagRGV4 (sic),” Nagarjuna posted on his Twitter page earlier. 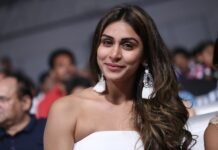