Okka Kshanam Movie Censor Report: Allu Sirish upcoming film Okka Kshanam has completed the censor formalities and received ‘U/A’ certificate, finally after facing all the hurdles, it is gearing up for a grand release on 28th December. The sources say that Censor members appreciated the film as the edge of the seat thriller. The Okka Kshanam Movie is directed by VI Anand and produced by Chakri Chigurupati whereas it has the music by Mani Sharma. Actress Surabhi and Seerat Kapoor are playing the female lead.

Okka Kshanam Telugu movie has an intriguing tagline of Love Vs Destiny. The fundamental storyline of parallel lives exist in this vast universe is sure to capture our imaginations. At the same time, Allu Sirish who enjoyed a good breakthrough with Srirastu Shubhamastu is hopeful to be on winning momentum.Whatsoever, Okka Kshanam arriving in theaters on December 28th promises a thrilling ride with unique action and mind-blowing thrills. 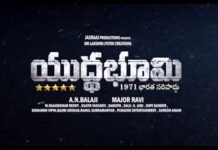 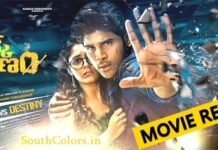 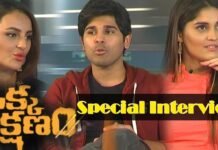 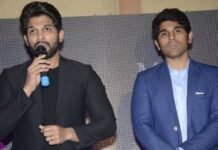 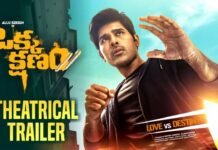