Anchor Anasuya Bharadwaj is popular with ETV Jabardasth comedy show. Her presence in the TV show is certainly an additional advantage for the show organizers to grab more TRP numbers. She enjoys a huge name and fame in both the Telugu states and whenever people spot her, they usually show interest in posing for pictures with her. In a shocking incident, a woman lodged a complaint with the SHO Osmania University Police Station that Anasuya Bharadwaj damaged her phone when her son tried to take a picture with the actress.

Going more into the details, Anasuya Bharadwaj has been to Tarnaka area on some work and a kid who happened to observe her on the road reached her to take a selfie with her. Anasuya Bharadwaj who doesn’t want this grabbed the mobile phone from the kid’s hand and damaged it by throwing away. The kid’s mother claims that Anasuya Bharadwaj also used some unparliamentary language. Hence, she filed a complaint against the actress.

Also, Kids mother also created a video featuring her son’s broken phone. The footage is going viral and creating a lot of buzz on the social media. In a video, that is being circulated on Internet, the complainant alleged that Anasuya Bharadwaj had deliberately taken the phone out of her son’s hand and smashed it to pieces.

On the other side, Anchor Anasuya Bharadwaj on Twitter posted, “Not that the country needs such news.. but.. to those whom I am answerable.. #facts I am sorry her phone broke but I think it’s not fair that I should be blamed for what I reportedly didn’t.. we owe our privacy.

On the work side, Anchor Anasuya Bharadwaj will be next seen in Mohan Babu, Shriya Saran & Manchu Vishnu’s Gayatri and Ram Charan & Samantha Starrer Rangasthalam 1985. 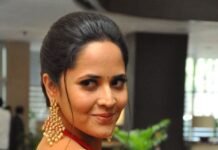 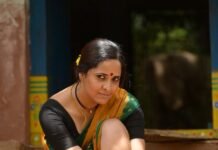 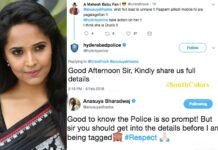 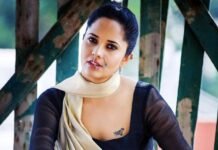