The Tollywood heartthrob Prabhas who is basking in the glory of Baahubali has Prabhas is 2nd in The Times 50 Most Desirable Men 2017. Bollywood actor Ranveer Singh who had topped the list in 2015, has once again occupied the first place.

Currently, Prabhas is busy in his upcoming action and romantic entertainer ‘Saaho’, which is progressing at brisk pace in Abu Dhabi in the direction of Sujeeth Reddy. The sources say that Saaho unit is spending 90 Cr for the action sequences in Dubai. Hollywood action choreographer Kenny Bates, who is popular for his work in movies like ‘Transformers: Dark of the Moon’, ‘Pearl Harbour’, is on the board to choreograph action episode. 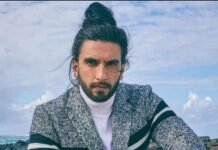 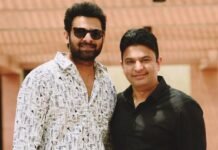