The ‘Baahubali’ star Prabhas is currently shooting for his upcoming movie Saaho directed by Sujeeth. This big budget movie has a plethora of actors from industries across the country as per of its cast. Following the glorious success of Baahubali, Prabhas has become a nationwide sensation. To cash in on his huge popularity, the makers have planned Saaho as a trilingual in Telugu, Tamil and Hindi languages. The T-Series Bagged Saaho Theatrical Rights For North.

One of The Bollywood’s leading banners, T Series has acquired the theatrical rights of Saaho for a whopping Rs 125 crores. The T-Series is collaborating with UV creations to distribute the film in the north Indian market. With T Series entering the scene, a wide release is now guaranteed for Saaho.

On bagging the rights for Saaho, T Series head Bhushan Kumar said, “The universality of Saaho is what appealed to me. While Prabhas is a pan India star, the film’s content and its treatment will give it a global appeal. It is an exciting collaboration and we are looking forward to presenting the film to our Hindi audience.” 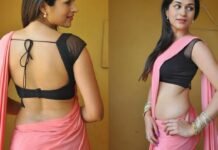