SS Rajamouli has come in the support of NGO Akshaya Patra and Rajamouli donates Rs 23,75,000 to ‘I Share My Lunch’ campaign. Baahubali filmmaker SS Rajamouli took to Twitter and confirmed this news via his tweet. Rajamouli tweeted, “This year, we are sharing our lunch with 2500 school children for an entire year through @AkshayaPatra Foundation. You too can be a part by contributing just Rs.950/- and provide hot, nutritious lunch to a school child for an entire year! #iShareMyLunch www.akshayapatra.org.”

The Baahubali producer Shobu Yarlagadda‏ also tweeted, “Be a part of “Meals for 20 Lakh Children” Mission by Akshaya Patra Foundation! By contributing just Rs 950/-, you can sponsor a school child’s lunch for an entire year! “ Young actor Prabhas also came in the support of ‘I Share My Lunch’ campaign.

I share my lunch with school children for one entire year 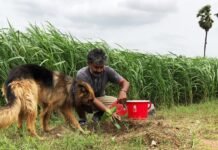 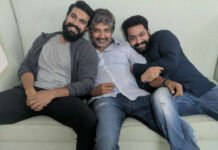 Rajamouli Next Movie Starring Ram Charan and NTR based on Rebirth