Shahid Kapoor Weight loss: The Bollywood Actor Shahid Kapoor loves getting on to a treadmill. “I love to run,” he told us when we asked him the secret behind his sculpted physique at Van Heusen + GQ Fashion Nights.“I like to get on the treadmill as often as I can since it gets the heart rate going. I used to do a lot of weights but that doesn’t wake you up – which is why I started doing some cardio and functional exercises, and I really enjoy those,” he told us when we asked him how to lose weight.

The man is clearly at peak fitness so losing a few kilos here and there isn’t a big deal. But when Shahid revealed to reporters recently that he lost four kg in just five days, not because of his workout, we sat up and notice. Turns out Shahid Kapoor weight loss had everything to do with his upcoming movie Padmavati. The star has often undergone extreme body transformations for movies such as Kaminay but this weight-loss, he says, wasn’t exactly planned.

“I lost four kilos in five days,” the actor was quoted by Hindustan Times as saying. The extreme and sudden weight-loss was due to the armour he wore while practicing his sword-fighting scenes. The armour, that weighed some 30 kg, unintentionally caused Shahid to drop four kg in such a short period of time. 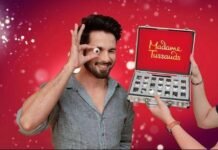 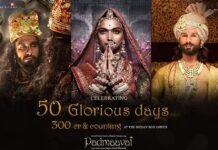 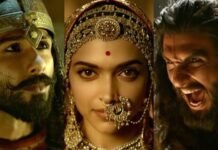