SouthColors
Home News Sita – I Am Not A Virgin Short Film Title is Creating... 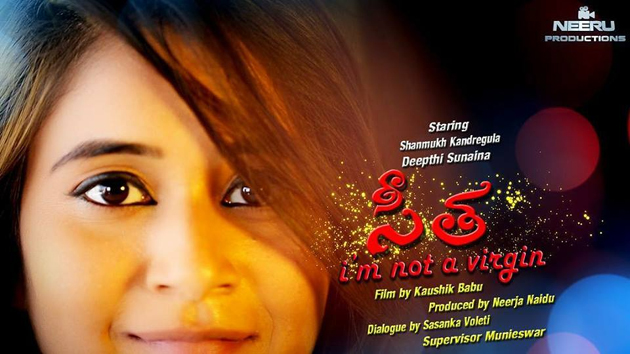 So far, Only the titles of feature films have been embroiled in controversies.This trend is now spreading to Short Films as well Now. A Short Film ‘Sita – I Am Not A Virgin’ has made headlines now.but for the first time, a short film title is creating a controversy like never before.

Prasanna lodged a complaint with Police against the Director Kaushik Babu, Producer and Deepthi Sunaina who featured in the Short Film for hurting the sentiments of Hindus. ‘The name of Sita has got a sanctity. Women were compared to Sita (God). So, Using such a tagline is objectionable. We will not tolerate if the title and tagline weren’t changed by 13th March,’ she warned.
A short film tagline is drawing huge criticism. The director of this short film, Kaushik is vehemently stating that he is not going back on this title and This Short Film is based on the challenges faced by a young girl in our society,’ he clarifies.
Deepthi Sunaina who featured in the ‘Sita – I Am Not A Virgin’ is quite famous on the Youtube.She has done several Dushmash.Now, She is in news due to the controversial short film Sita – I Am Not A Virgin.