SouthColors
Home FilmNews Spyder Teaser Crosses 10 Million Digital Views
Spyder Movie Teaser: The Tollywood Superstar Mahesh Babu fans are quite happy with the SPYder Teaser so as the general film lovers too. It has crossed 10 million views in 24 hrs including Tamil and Telugu versions. Real-time views of Spyder teaser in YouTube is around 7.6 million views while the Facebook video has clocked around 2.4 million views.
Spyder has huge scope for VFX effects. Produced by NV Prasad and Tagore Madhu, Spyder has been aimed for Dasara release in Telugu and Tamil. Spyder Film Made on a budget of Rs 100 crore, the film is said to have already raked in Rs 150 crore from satellite rights, theatrical and various other deals.
Spyder stars Mahesh Babu, Rakul Preet Singh in the lead. SJ Suryah plays the antagonist, and one can’t miss him in the teaser. Spyder is made by blockbuster director A.R. Murugadoss and its the first time he is collaborating with Mahesh Babu.Harris Jayraj is the music composer. Spyder Movie releases worldwide on September 27. 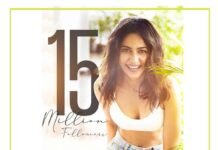 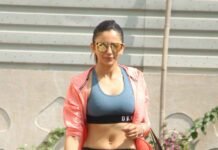