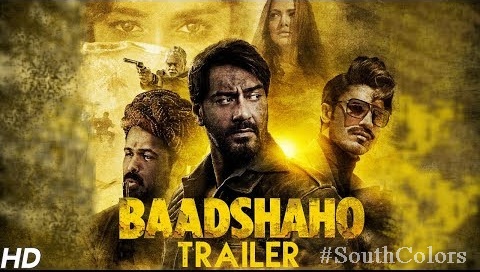 Baadshaho Movie Trailer: Ajay Devgn is back with some badass action in his upcoming movie Baadshaho. Other than Ajay Devgn you will witness Esha Gupta, Emraan Hashmi, Ileana D’Cruz and Vidyut Jammwal in the lead roles.The movie is directed and co-produced by Milan Luthria and music of the movie is composed by Ankit Tiwari. The film will release under the banner of T-series and written by Rajat Arora.
All the characters in the Baadshaho film are defined as the badasses which have created a lot of curiosity among the audience on the social media. It is surely going to be the well-entertained movie as the collaboration of such fine actors on one screen will be interesting.
The Baadshaho movie is plotted in the period of 1975 and covering the span of 96 hours 600 km race between the choices of being good and bad. The story of the film revolves around real life real-life event during the 1975 Emergency and some team of thief plans to steal the gold taking advantage of the situation.
Actor Vidyut Jammwal will be playing an undercover cop and Emraan Hashmi plays will be seen in a role of an army officer who is entrusted with protecting the country’s treasure. Ileana D’Cruz will be seen in a character inspired by Maharani Gayatri Devi.

The Baadshaho movie is all set to release on 1st, September 2017 worldwide. Get ready to catch the storm on the screens soon. This film is going to be a thrilling action packed with lots of entertainment.