SS Rajamouli’s magnum opus Baahubali 2 – The Conclusion broke many records and became the highest grosser in the country. Months passed by after its release but even now the craze around Baahubali is not diminished as the TRP records on the small screen says it all.

According to the Latest sources, Baahubali 2 is all set to release in a grand manner in Japan. Sources say Baahubali 2 finished censor formalities in Japan and is cleared with G certificate which is equivalent to India’s clean U certificate. The Baahubali 2 Japanese Dubbed version will be releasing massively on Dec 29.

Inside talk is the film will also be released in Korea, China, and other Asian countries. Given the universally connecting marvelous VFX and stupendously picturized stunts, SS Rajamouli raised the Indian cinema bar so high and the result is very much seen today when audience across foreign soils are demanding for Baahubali release in their countries with dubbed versions. 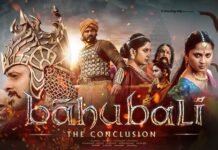 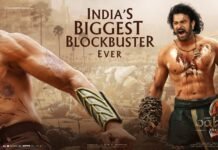