Akshay Kumar is starring in a film called Kesari, which is based on the Battle of Saragarhi. Kesari is produced by Karan Johar and Akshay Kumar in a joint venture and Akshay will play the lead role of a Sikh who leads the battle from one front. The film is directed by Anurag Singh, who is very well known Punjabi film director especially for his constant collaboration with Diljit Dosanjh.

Salman Khan was also supposed to be one of the Producer of the film but he backed out in the last moment. There were other issues as well with the film with Ajay Devgn who has planned to make a film Battle of Saragarhi for a long time now.

Despite that Akshay Kumar and Karan jumped right on the project and managed to get the rights to produce the film. When the announcement of Kesari came, Ajay said that he will still make a film on The Battle of Saragarhi as he intended to. Kesari is certainly one of the biggest films being made in Hindi cinema right now as a period war epic generally comes with a big budget list. Rest of the star cast is not yet announced but Akshay is definitely headlining the film.

Akshay Kumar could be seen sporting a proper Sikh avatar of the older days with a life-size turban and beard. Akshay Kumar is having the golden time of his career right now as he has become invincible by making exceptional box office constantly and earning critical accolades for his work.

What started with Special 26 seems to have grown with Akshay focusing on content-driven cinema and working with intelligent film-makers. His last film Toilet-Ek Prem Katha was a blockbuster on the ticket window and was able to spread an important social message of open deification in the country. Akshay Kumar has Padman coming out on Republic day and Gold on Independence Day. 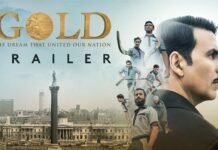 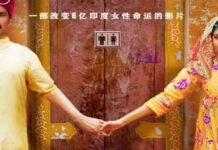