Agnyaathavaasi Movie Pre-Release Event: Powerstar Pawan Kalyan is all set to roar back with his next film titled Agnyaathavaasi. The movie is said to be a stylish action entertainer loaded with emotional drama and it has been directed by Trivikram Srinivas. The entire shoot has been wrapped up and the post-production work is in final stages. The makers are keen on a massive audio launch for the film and locked the date, venue. 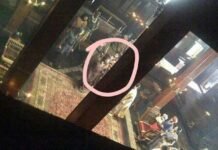