Ee Nagaraniki Emaindi, which released in theatres on Friday, has struck a chord with the filmgoers and critics and garnered good reviews and ratings. But some feel that the film appears to be similar to Zindagi Na Milegi Dobara and appears to be a free-make of the hit Bollywood movie. Ee Nagaraniki Emaindi is about four software engineers who resign their jobs to pursue their dream of filmmaking.

On the other hand, Zindagi Na Milegi Dobara is also about four friends, who set on a foreign trip, before they get hitched. The viewers say that Tharun Bhascker has apparently taken inspiration from the Hindi film, but tried his best to make it different from the original. After watching Ee Nagaraniki Emaindi, some viewers were upset with director Tharun Bhascker Dhaassyam and took to Twitter to share their disappointment. 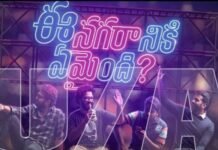