Kaala starts with an animated story-telling device that reveals the land mafia, and the importance of land. Then it quickly shifts to the present day. Karikaalan aka Kaala is the undisputed king of Dharavi. The evil politicians and land mafia make a plan to destroy the slums of Dharavi. Mumbai don Hari Daada (Nana Patekar) comes to Dharavi to warn Kaala. What happens next? How will Kaala save the people? To get these answers one should watch the movie on a silver screen.

Rajinikanth’s simple introductory scene, his confrontation with Nana Patekar backed by good cinematography, background score, and artworks in his Kaala have won the hearts of the audience. While Kabali was made typically like a Pa Ranjith film, the latest flick is a combination of Rajini-Ranjith style. The clash between Rajinikanth and Nana Patekar have been hailed. Last but not the least, people should not miss out the brilliant climax, say the netizens.

Rajinikanth as Karikaalan aka Kaala has done a fantastic job. His style, body language, and facial expression are mind-blowing. Nana Patekar is excellent as a Maharashtrian minister. Huma Qureshi is good as Zareena. Actor Easwari Rao as Kaala’s wife, Selvi is good and Anjali Patil as Puyal, the girlfriend of one of Kaala’s sons performs well. Rest of the cast performed accordingly.

Final Verdict: Overall Kaala is an average movie. For the Superstar Rajinikanth movie, everyone wants to see him in a certain way but Kaala film disappointed them. The slow narration and seriousness of the movie spoil the tempo of the movie. Kaala will be liked by them who is a hardcore fan of Rajinikanth. 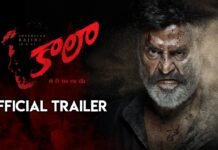 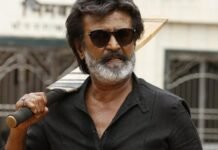 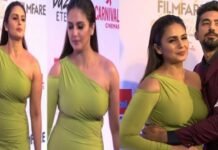