“@rakhisawant2511 Sister, can you give me lil knowledge about the plastic ban? If condoms included? BEBOY doing good yaa these rain and plastic ban what a combo [sic],” Mahika posted on Instagram with a picture of Rakhi endorsing her condom brand.

@rakhisawant2511 Sister can you give me lil knowledge about plastic ban? If condoms included? BEBOY doing good yaa these rain and plastic ban what a combo #condom #PlasticBan #rain #rainbow #Wednesday

Later, Rakhi responded to Mahika’s query in her own style with a dose of abusive words. She posted several videos on Instagram to reply to Mahika’s query. In the first video, she hurled abusive words and even said that if condoms get banned people like Mahika would get AIDS. (Rakhi Sawant Reacts on Condom Ads Ban On Television)

In the second video, Rakhi Sawant gave some knowledge to Mahika Sharma saying that condoms are not made of plastic but rubber. She also mixed some abusive words in the video.

While it appears to be a promotional stunt for the condom brand that actress Rakhi Sawant endorses, fans and followers of the two divas remained confused by the entire episode. Some just laughed out at Rakhi’s posts. 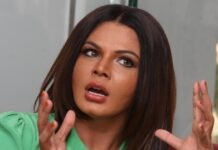 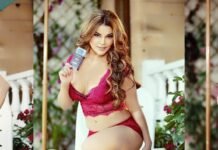 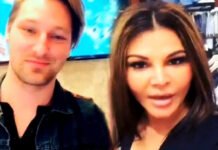 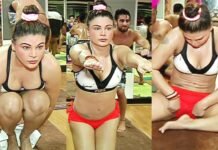