Actress Radhika Apte was recently roped in as one of the leads in the Lydia Dean Pilcher-directed untitled female-driven World War II spy drama, and the actor has now been signed by United Talent Agency (UTA), one of the biggest talent agencies in the world. The 32-year-old actor, who has just wrapped filming Michael Winterbottom’s feature The Wedding Guest, opposite Dev Patel, shared the news on Instagram.

Radhika Apte will continue to be repped by Curtis Brown Group in the UK. Apart from her upcoming Hollywood films, Apte will be seen in two Netflix projects; an original series, Sacred Games, opposite Bollywood stars Saif Ali Khan and Nawazuddin Siddiqui as well as the miniseries, Ghoul, produced by Blumhouse and Phantom Films. 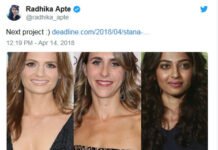 Radhika Apte to Star in Hollywood Film on World War 2 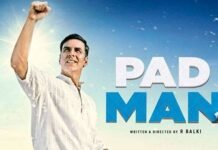 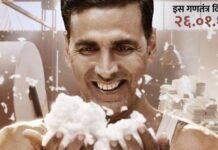 Padman Movie Releasing In 50 Countries Across The World