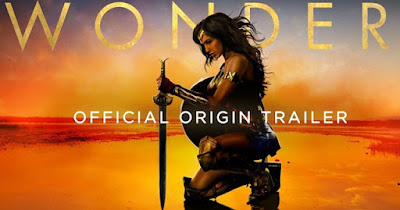 Wonder Woman Official Origin Trailer: The official Origin trailer of upcoming “Wonder Woman” film.The Latest trailer offers a much better glimpse at the scenes set on the Amazons mystical island of Themyscira, A bit more of the villain, and is less about Diana taking on the fight and more about her growth as a warrior.
Patty Jenkins helms the film in which Diana (Gal Gadot), raised on a sheltered island paradise when an American pilot crashes on their shores during the first World War. Diana leaves her home, convinced she can stop the threat.The Wonder Woman will hit theaters June 2.