Pawan Kalyan’s Ex-wife Renu Desai engaged recently and she shared an adorable pic on her Instagram page. Renu Desai has expressed her wish to marry again to get rid off solitude and to get support for her children and herself. The issue became controversial with the objections raised by PK’s fans.

It is understood from her recent Instagram post of a picture that Renu Desai’s waiting was ended and she has identified her new companion who can support her and give protection to her children. Renu Desai recent post is getting viral on social media and so as netizens response. 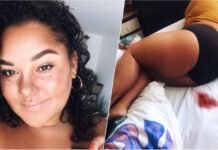